Win a Meeting Owl for your board! 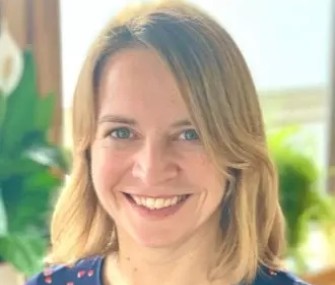 GovernorHub are giving away an Owl Labs Meeting Owl 3 with an Expansion Microphone to 2 lucky school or trust boards to mark the upcoming change as The Key for School Governors is renamed, 'GovernorHub Knowledge' from January 2023.

Exeter Learning Academy Trust uses an Owl Labs Meeting Owl to manage its hybrid meetings across the trust after recruiting a remote clerk earlier this year.

We spoke to CEO Rachel Shaw about how they’re using the Meeting Owl to make the best of blended meetings.

Rachel, firstly how long have you had the Meeting Owl for and what prompted you to get it?

We bought it about six months ago. Like everyone else, we were holding virtual meetings during COVID but then we lost our clerk and struggled to recruit, we eventually recruited a virtual clerk. This was fine whilst meetings were still held virtually but when we began to move back to face-to-face meetings, we ended up running blended meetings as some volunteers weren’t yet ready to return in-person.

We’d have probably just carried on trying to do blended meetings through teams or zoom if it wasn’t for the fact we had a remote clerk. I researched quite a few options for a video conferencing system. We’re a small trust so I only wanted to invest in one thing and certainly didn’t want the cost of setting up video conferencing in every single school. I wanted something portable that we could move between sites as we’re quite closely located. I also needed something that was easy to use so that we could just plug it in and go! 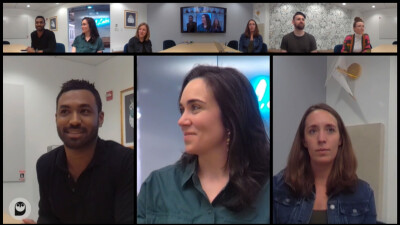 The owl itself turns and moves to capture a video of the person speaking so our clerk doesn’t have to rely on just capturing voices and she’s able to grasp what’s being said much more easily. It’s the same for virtual attendees - they benefit from seeing and hearing everyone in the room, so it’s very inclusive. We’re also not having to pause the meeting so people can catch up.

In fact, the other day we held a blended board meeting without the owl and we all noticed the difference. We had to keep stopping to explain who was speaking. Recruitment of clerks can be really tricky and in some ways this really opens up the possibilities of virtual clerking.

Our clerk finds it much, much easier when we’ve got the owl. She’s never met any of us in person and she’s working with four governing boards and a trust board, so that’s more than 50 people in total. It’s a lot of different people to get to know by voice if you haven’t got an effective video conferencing system.

It’s a tough time for school budgets, has it been worth the spend?

We have 4 schools and the central trust board, so five governing boards in total. It cost us just under a thousand pounds which works out at a couple of hundred pounds for each board. If you’re going to share that resource between you all, it’s not a huge expense. We’ve even debated buying another one for learning use as well, as you can capture a whole classroom space and join classes across the Trust. There’s certainly potential for it but at the moment, it’s been a real asset for our meetings.

The other area where I’ve really seen the benefit is staff wellbeing. We're mindful that for our staff who attend governing board meetings on site in the evening it can make for a really long working day. But with the owl, staff can go home and join a meeting virtually so their working day feels less protracted. If a meeting doesn’t start until 6.30pm, it means a staff member can go home inbetween and have a meal. As a result, we’ve had more staff joining meetings to present to governors. They can simply log in for 15 minutes from home which is a real improvement in terms of work life balance for staff. In the past, Headteachers sometimes avoided asking staff to present as they didn't want to add to the length of their day.

You’ve described it as foolproof. Can anyone set it up?

Yes, we have one school where it’s a bit of a challenge as the school has a slightly higher level of firewalling around its broadband but we’ve got around that. All you have to do is download an app onto your phone or ipad to set it up and then give the owl a name.

Ours is called Owlita. Not very original I know, but we love her because when you plug her in her eyes light up and she hoots at you. Sometimes it’s the little things! Strangely that really helps to start the meeting off as people say, ‘Oh she’s hooting’, and then it’s clear it’s time to begin.

Once she’s set up you don’t have to do it again, so I literally go into a meeting with  my laptop, plug into the USB and we’re off. On the screen, the software produces a long ticker tape across the top which shows a 360 degree view of the room so you can see everybody and then there are boxes below for when different people speak. The camera in her head moves in different directions to capture what they’re saying. It is a neat little bit of kit. 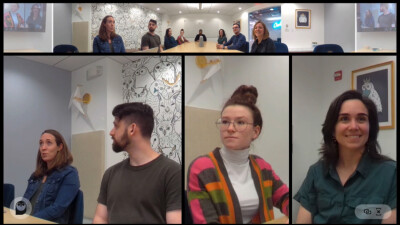 When I looked into it, my concern was that it wouldn’t pick up sound well enough but we’ve had no issues with that at all. We’ve met in large rooms, classrooms and even small spaces. Usually there's between 10 and 12 people if we’re all there and it’s been absolutely fine.

I’d never worry about having a remote clerk again and it’s certainly something I would recommend to other schools and organisations.

GovernorHub are giving away an Owl Labs Meeting Owl 3, with Expansion Microphone to 2 lucky school or trust governing boards.

To enter, you just need to be a member of a governor or trustee board (that includes headteachers, clerks and chairs) and complete the form before Wednesday 7th December!

"Win a Meeting Owl for your board!" was published on 8 November 2022 by Jo Phillips - GovernorHub.